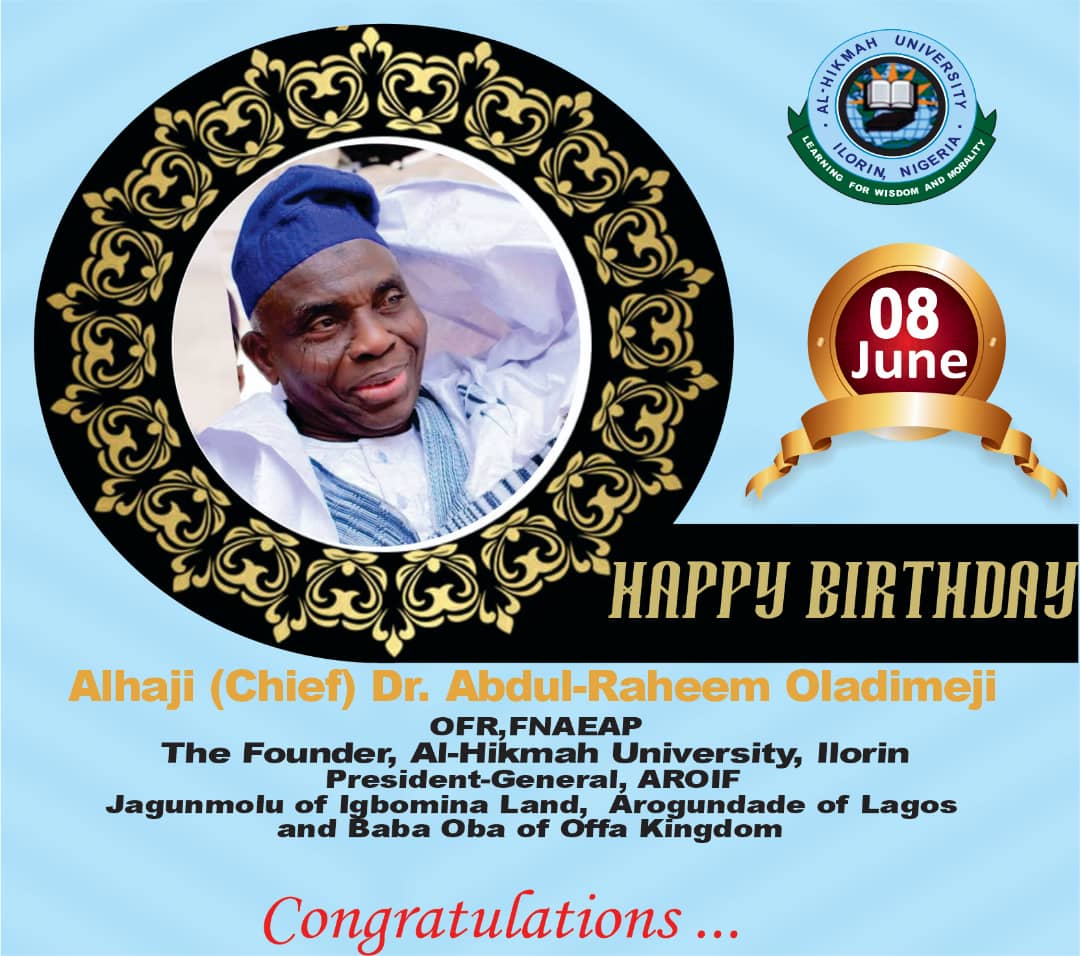 Kwara State Governor AbdulRahman AbdulRazaq has congratulated the founder of the Al-Hikmah University and Jagunmolu of Igbomina land Chief Abdur-Raheem Oladimeji on his 83rd birthday anniversary, identifying him as a foremost statesman, philanthropist, and a pathfinder with huge impacts on the people.

In a statement on Wednesday, the Governor said: “I join family, friends and associates to felicitate the statesman and accomplished community leader on his 83rd birthday anniversary. Baba’s contributions to educational and socio-economic development of the state through his university and other endeavours remain indelible. I am glad that his university has continued to record tremendous growth and development. Specifically, I commend the statesman for his support for the administration, including during the COVID-19 pandemic when he made generous donations in support of government’s effort to save the lives of our people.

“On behalf of the people and government of Kwara State, I rejoice with the Jagunmolu of Igbomina land and Arogundade of Lagos on this joyous occasion, while wishing him long life and good health in the service of humanity.”